It’s closed down due to cracks in the support beams, but it was nice while it lasted. And that was only about a month or so after it opened in August.

With a lovely lobby and a light show.

And lots of great space with wide screen destination information display, and tile floors that depict the natural flora and fauna of the original Rincon Hill area the palace sits on. 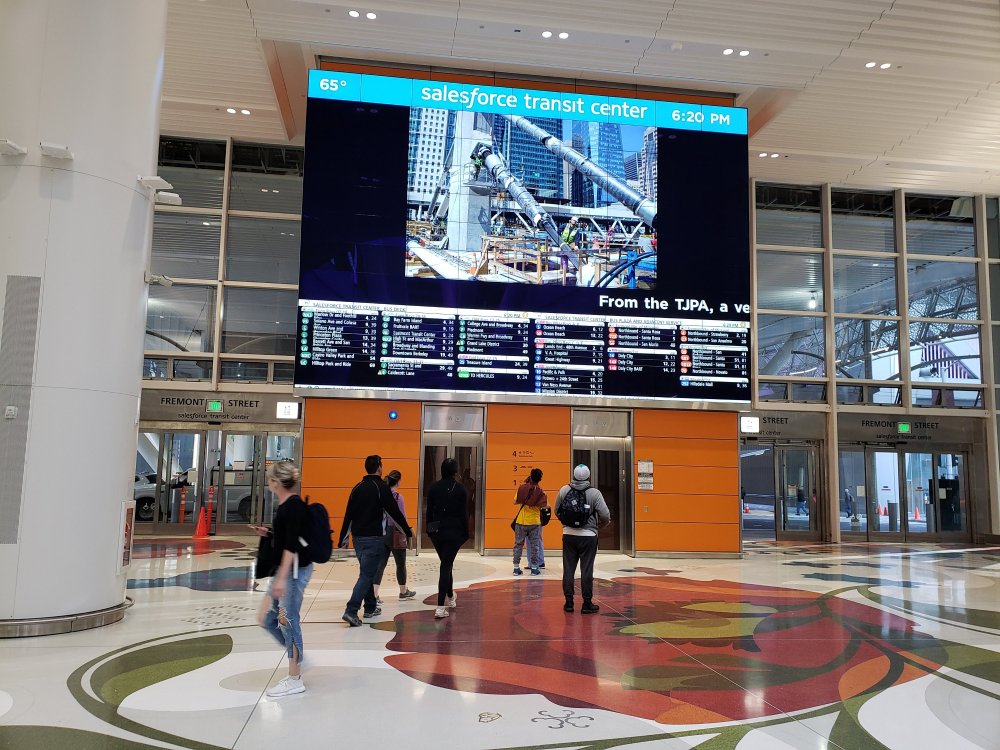 And the bus deck is open and full of light. Those steel grids are a great screen against the weather. 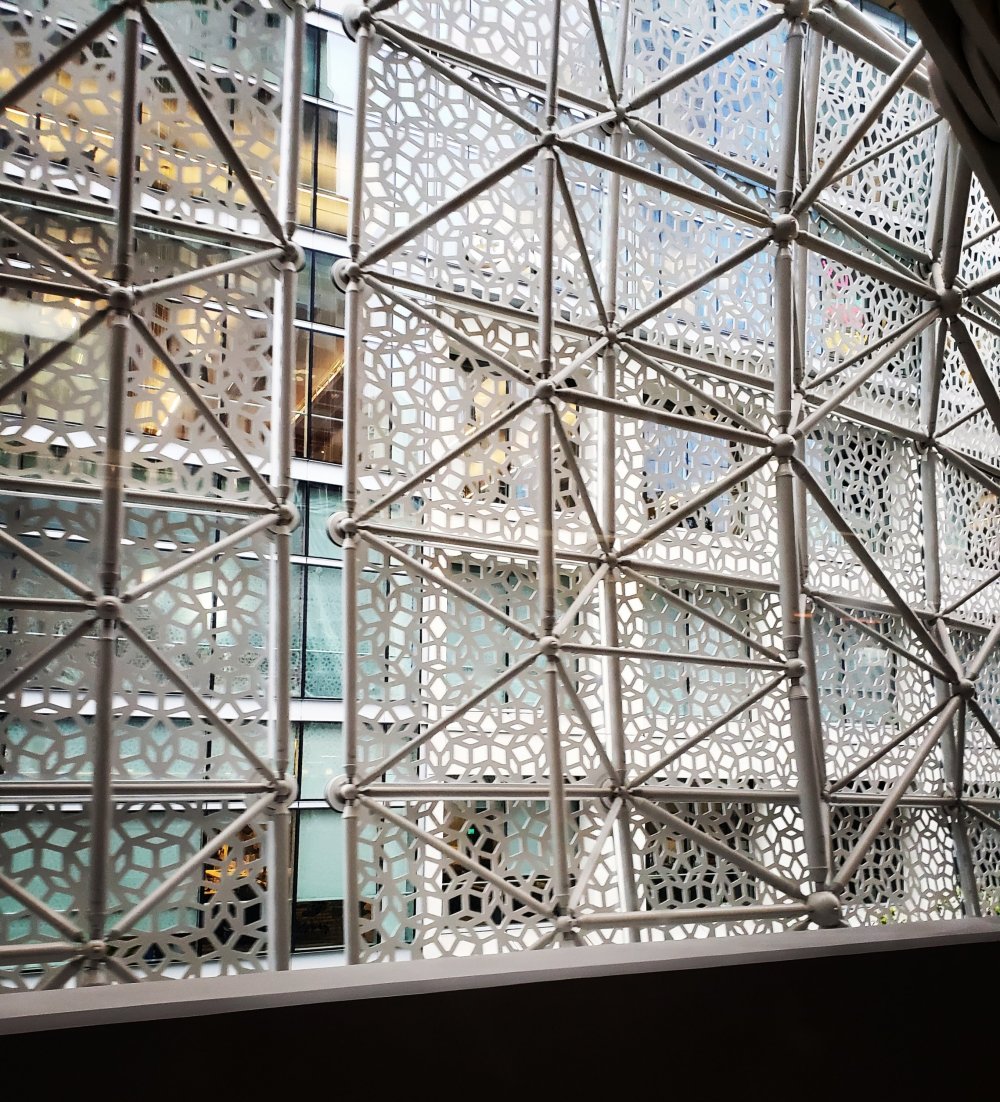 Lots and lots of praise. But we commuters have been sent back to the Temporary Transit Terminal until the palace can be made safe again.

Silly engineers! For all the years it took to build, and the millions spent on it, still this structural failure. Me, I’m just glad when my bus is on time.